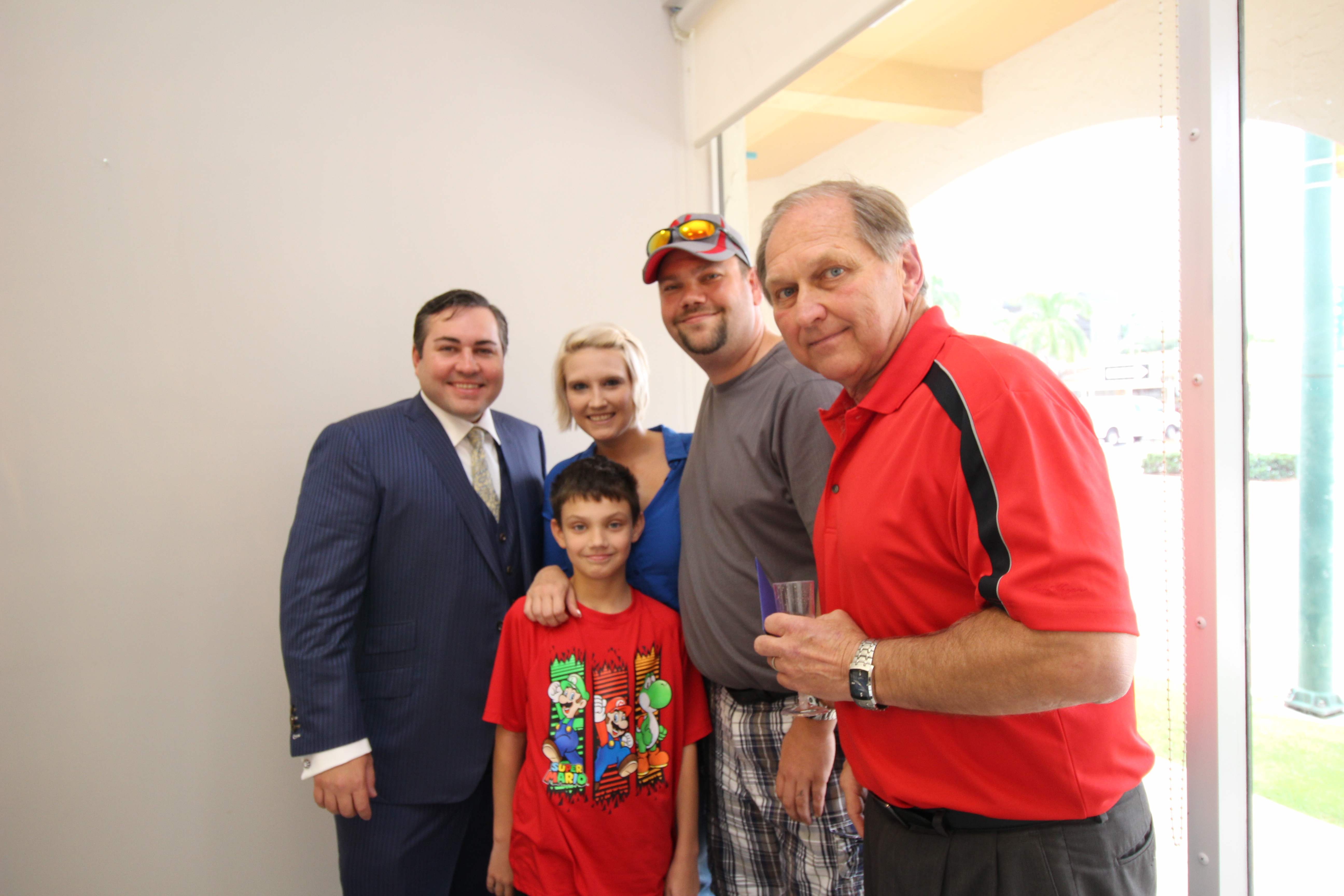 Home Buyers in a Bind

Buyer James Albritton and his wife had long dreamed of spending their golden years surrounded by family, sunshine, and saltwater. When he began to consider retirement, Albritton looked to Boca Raton due to the community's golfing and offshore fishing opportunities. The Albritton's move included relocating their daughter, her husband, and their young son to the Atlantic Coast to live with them; however, putting these plans into action proved easier said than done.

A Race Against the Clock

Albritton wanted to close quickly on his next home because he and his wife were facing a rent increase of $300 per month at their current residence. Then their daughter's landlord found a new tenant for her place, forcing her to move out by month's end. If they couldn't close in time, they were all faced with packing up everything they owned, moving it into storage, and living out of suitcases at an extended stay.

As Albritton began working with lenders to secure financing for his future home, he experienced one frustration after the next. Having anticipated a 20 to 25 percent down payment, Albritton became discouraged when lenders requested he pay 50 percent down. He was also told that the possibility of closing in time wasn't likely because of new TRID regulations that could delay closings up to 60 or 75 days.

The procedure under TRID is based on the origination (the date of a mortgage application) rather than the closing date; the HUD-1 Settlement Statement is no longer a required form and the new forms replace the TILA (Truth-in-Lending Act), HUD-1, and include a new closing disclosure. Real estate and mortgage industry insiders speculated that TRID would significantly increase closing times. 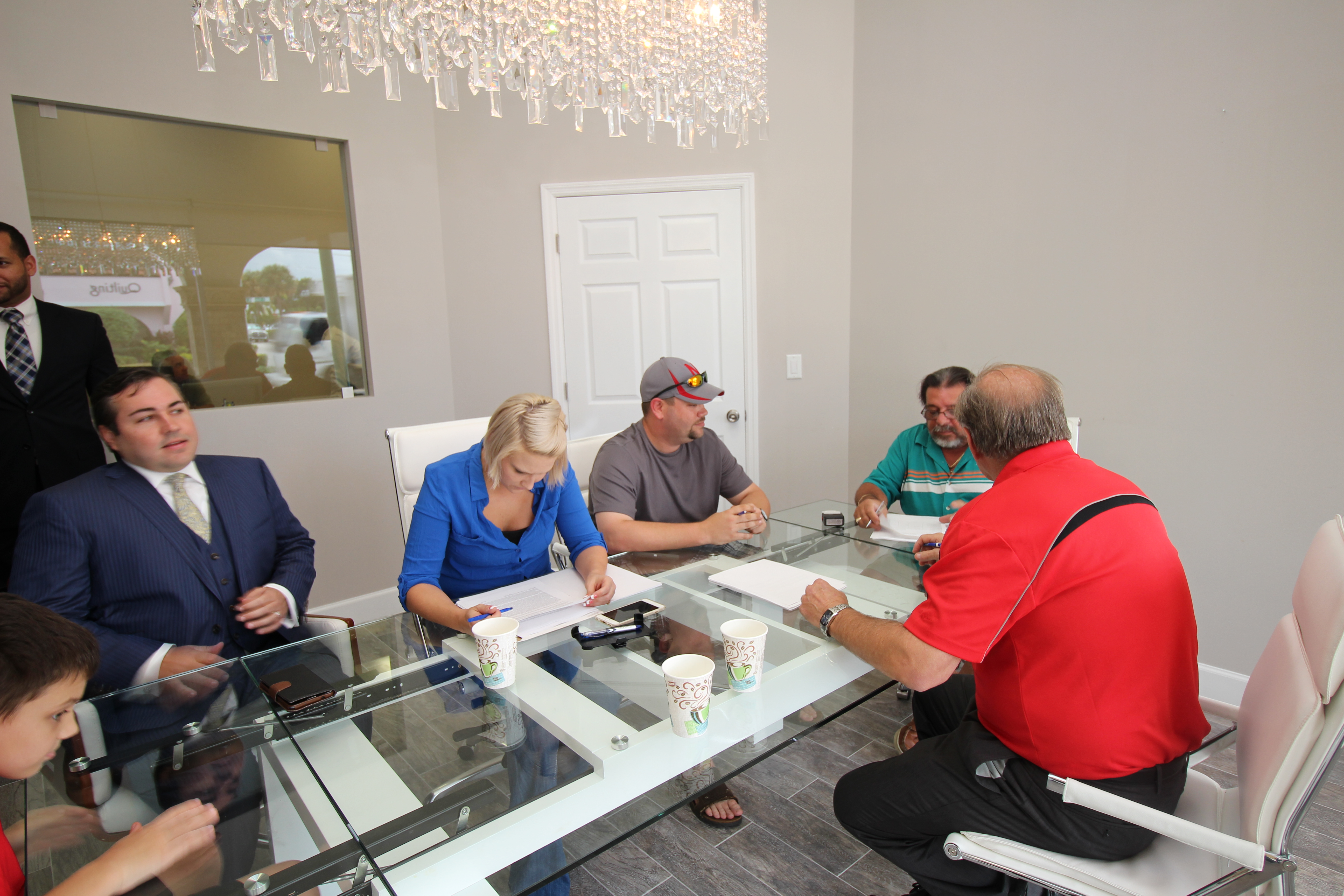 RP Funding to the Rescue

Albritton had run out of time - and it was costing him. The agreement with the home seller included a penalty for extending the closing date. In addition to an increase in rent from his landlord, he owed the home seller $100 per day. He needed a solution and fast.

Albritton finally sought help from RP Funding, a brand he was familiar with as a casual listener of Palmer's radio show, Saving Thousands with Robert Palmer. Initially skeptical when told that he could close in just 10 days with no lender fees, Albritton was convinced when the RP Funding team got to work. The team at RP Funding swept every doubt from Albritton's mind while squashing industry rumors of TRID's longer closing times. In fact, the timeline of Albritton's home mortgage went as follows: 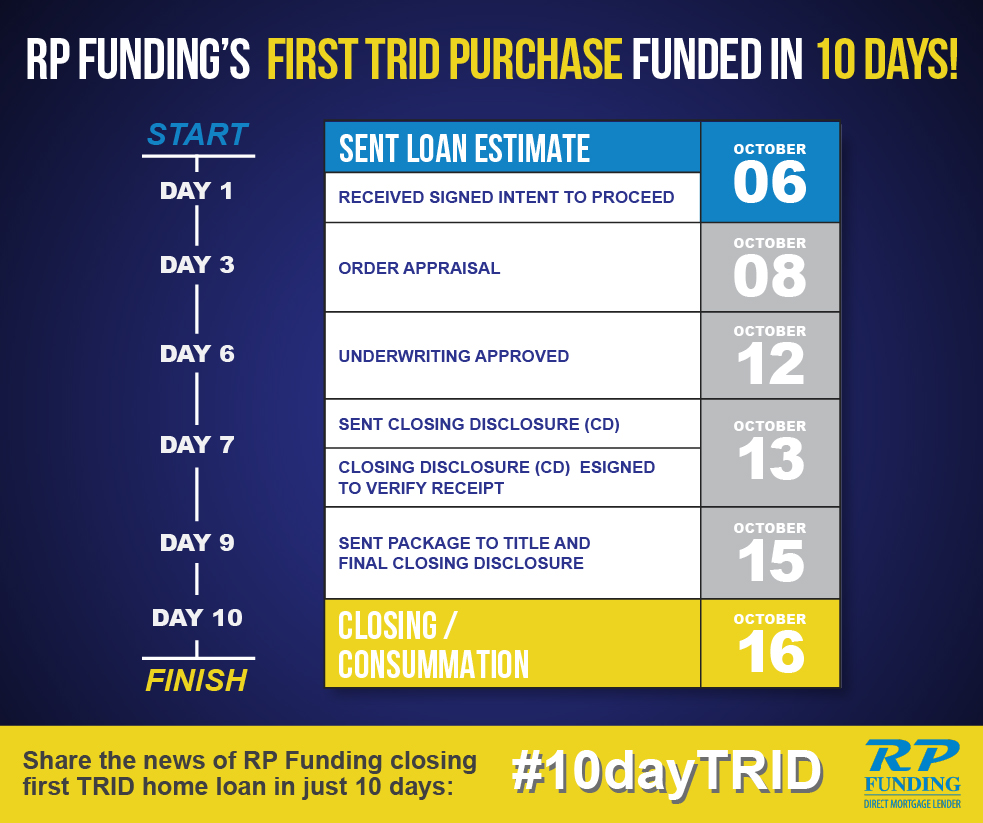 RP Funding proved mortgage experts wrong by closing their first loan under TRID in only ten days. Joined by key members of RP Funding's staff, President and CEO Robert Palmer commemorated the event by flying via private jet from his headquarters in Orlando to Boca Raton, Florida to attend the closing and personally congratulate Albritton and family.

At the official signing of the closing documents, Albritton's daughter was enthusiastically impressed with RP Funding, "I'm seriously just shocked with the customer service. And no lender fees?!"

Albritton described the ease of working with RP Funding's team, "I called and was able to talk to the team; they told me what I needed. I received a list (of what I needed), checked off the list, and that was it. I only had to ask one time." He advised Palmer, "Don't change what you're doing!"

Once the forms were signed and notarized, the buyer and the business leader sealed the deal with a handshake. Palmer beamed as he declared, "This is so awesome. This is so good." All in attendance raised a glass of champagne to celebrate the historic moment. As the glasses clinked, murmurs of "ten days" began to sneak out of smiling faces. "Ten days!" exclaimed Albritton. "They made a believer out of me!"